to help you stay connected with your loved one. 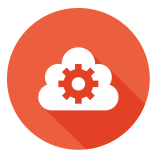 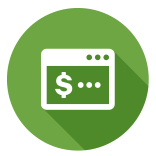 Welcome to your source for everything you need to communicate with your incarcerated friend or loved one.

Our facility uses the communications services provided through GettingOut by Telmate. On this page, you’ll find all the information you’ll need to stay connected.

Before you can communicate with inmates at this facility, you must first verify your identity.

You will need to confirm your identity through the Telmate Verified program before you can accept inmate phone calls. Telmate verification helps ensure the safety of you and your inmate contact by aiding in the elimination of fraud and extortion. Choose one of these 2 methods to verify your account: Only inmates may initiate phone calls. To call you, an inmate simply dials your phone number. When receiving a call, you’ll first hear an announcement from an automated operator; “You are receiving a call from [inmate name], an inmate at Jefferson County Jail. Press one (1) to accept.”

If the inmate has no funds in his account, and is calling you for the first time, the call will be free for a brief period of time (often less than a minute). This is to allow the inmate to inform you of where he or she is, and to explain how calls work from this facility. After this short call, the inmate will be placed on hold and you will be presented the opportunity to:

If you wish to contact an inmate, you can call 1-866-516-0115 and leave them a voicemail (up to 3 minutes), or use one of the other communications methods listed below.

If you do not wish to receive calls from inmate, simply call 1-866-516-0115 from the phone number that you wish to have blocked. A live operator will help prevent inmates from being able to call that number in the future.

We provide a number of ways to keep in contact with an inmate. GettingOut at Jefferson County Jail allows you to send and receive secure messages and share photos from your home. And with our Android and iOS apps, you can send messages and make deposits on the go. See the list to the left for all that GettingOut has to offer.

Making Deposits at the Kiosk & Commissary

Kiosks
If you need to deposit cash, you can deposit funds at a Telmate Lobby Kiosk. The lobby kiosk is located in the jail lobby.

Commissary
Inmates are allowed to maintain a commissary account while incarcerated. This money may be used for purchasing snacks, toiletries, personal hygiene items, etc. Money for an offenders commissary account may be deposited here on the GettingOut site, over the phone with a customer service representative, or at one of the kiosks listed above. If you are paying with a credit card, the GettingOut site is the fastest and most convenient way to deposit funds for an offender.

For your convenience, you can also pay Bail, Work Release, Intox/UA and Fingerprint Fees at the Telmate Lobby Kiosk.

More ways to get started

Deposit funds into an inmate’s account instantly and securely.

Visit our help center for FAQs and video tutorials.

Stay in touch, share with others, and stay connected.

Terms of Use governing use of GettingOut services state that all services are intended to be used by persons over the age of 18.

To continue, please enter your date of birth to confirm you are over the age of 18.